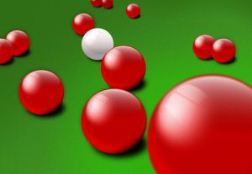 Watch all of the action from Championship League 2020 with the whole event available to watch live online via our live streaming partners.

HOW TO WATCH SNOOKER LIVE!

Choose where to watch:

The 2020 Championship League is a professional Snooker tournament that will take place between the 1st – 11th June 2020 with all of the action happening at the Marshall Arena in Milton Keynes.

The great news for all snooker fans is that you can watch all of the action live online via our Championship League live stream partners.

The tournament is a non-ranking event and normally goes under the radar somewhat but this all of the sports focus will be on the event due to it been the first tournament to be held since the Gibraltar Open back in March.

Scott Donaldson is the reigning champion but he will not be there to defend in 2020 so we are all set for a new champion.

The tournament features 16 groups of 4 players who face off against each other in a round robin format with the winner of each of these groups then going onto new groups, called the group winners stage.

Whilst that maybe somewhat of a convoluted set up for an event, it will see lots of snooker action for fans to watch and that is exactly what you can do via our live streaming partners.

Watch all of the action from the 2020 Championship League Snooker live online via our live streaming partners. Choose from: